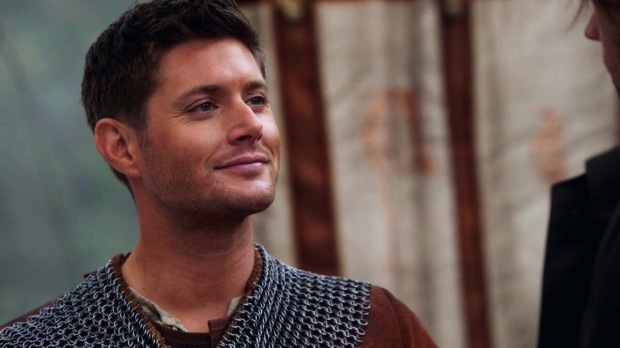 It’s been more than a decade. It’s been thirteen seasons of the Winchester brothers killing monsters along the lower forty-eight. Of booze-fuelled sex romps and bro hugs. Of monsters and men. And thirteen years has certainly taken its toll on Sam and Dean — they’ve been chewed up by Lucifer and spit out by the Almighty Chuck himself. Dean has been in dire straits since season four, when he returned from Hell — his alcoholism got out of control and his accelerated years of torture at the hands of Alastair (and his subsequent taking to torturing) broke his soul, so much so that Famine (one of the Four Horsemen of the Apocalypse) couldn’t even affect him: “You’re not hungry, Dean, because inside you’re already dead.”

Dean Winchester is the bisexual hero Supernatural deserves. And the one it needs right now.

[Here’s the part of the article where the indignant heterosexual justice warriors start spitting and spluttering at their laptop screens: “DEAN IS STRAIGHT,” “IT’S CANON,” “YOU’RE MAKING THINGS UP,” “JENSEN WOULD NEVER PLAY DEAN AS GAY.” Blah, blah, blah. I’ve heard it all. And it’s just so boring. So to all the heterosexual Dean stans who’ll be faithfully showing up to hate spam us, listen up. Because here’s a radical thought — THIS ARTICLE ISN’T FOR YOU. So feel free to just, you know, ignore it and move on with your day like a rational person.]

At this point, there is no need to painstakingly detail all of the canonical evidence of Dean’s bisexuality. One, because the very idea of having to “prove” a character (or real person, for that matter) is a certain type of sexuality is just ridiculous. And two, because despite what many fans staunchly maintain, the idea of “canon” is kind of bullshit. Readings and interpretations of a text vary wildly from person to person and have a lot to do with our own perspectives and life experiences. For example, in terms of Supernatural, some fans may interpret Dean’s reaction to his “gay thing” (his words) with Aaron Bass in “Everybody Hates Hitler” (8.13) as curious interest. Others may interpret it as discomfort at being hit on by a man. (Also, why can’t it be both?)

Whether or not the creators and influencers on the character of Dean Winchester (which could include creator Eric Kripke, the Supernatural showrunners and writers, and Jensen Ackles, to name a few) intended for Dean to express a particular sexuality is pretty much a moot point. Yes, Dean sleeps with women (many, many women), but that doesn’t preclude the possibility of him being attracted to men in a romantic or sexual capacity.

“But what about that fact that Dean says he’s straight multiple times in the show?” Well, to many, the humorous jibes of Dean “I Don’t Swing That Way” Winchester are simply that — tongue-in-cheek snark; playful banter designed to unsettle hyper-masculine authority figures. He does the same thing with body humour: the pilot episode has Dean bantering with a Deputy about having breasts:

Deputy: So, fake US Marshall, fake credit cards. You got anything that’s real? 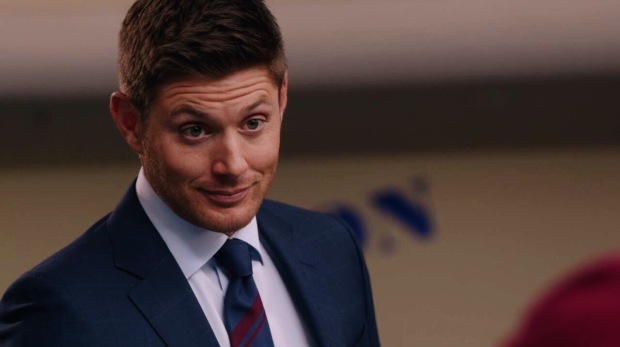 Now, the Supernatural fandom has a reputation for playing host to a subsection of enthusiastic and tenacious shippers who, at the worst of times, thrust their fannish wish-fulfillment and fantasies onto the showrunners (via social media) and the cast (at fan conventions), so much so that questions about Destiel, J2, or M/M relationships are rumoured to have been banned from fan conventions. But my personal interest in Dean’s bisexuality isn’t necessarily about shipping or trying to shoehorn a romantic relationship into Supernatural. It’s been said time and time again by the cast and crew that the show works because it’s, above all else, about family (blood or not) and friendships.

All I want is for Dean Winchester to have fun again. I want to hear more cheesy pickup lines. I want to see those “thumbs up” signs when he’s about to get laid. I want him to be a goddamn flirt again, regardless of gender. (Sam too, for that matter!)

[I want] the show to admit Dean’s bisexuality. I think the groundwork is already laid out and the impact on the actual show would be minor. However, it would mean a lot to the fandom and impact a lot of people.

Indeed, what would it mean for queer representation if Dean Winchester was bisexual? It would mean increased visibility for a wildly underrepresented portion of the LGBT community: bisexual men (and, more specifically, masculine bisexual men). In short, Dean’s bisexuality would matter. Having the gun-toting, beer-swilling, demon-hunting Dean Winchester shamelessly flirt with men the same way he does with women would not only give queer viewers much needed representation (especially on a hyper-masculine, male-dominated show like Supernatural), but it would be downright FUN! 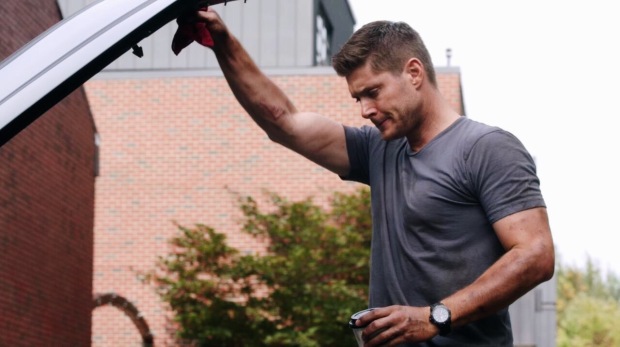 Considering Dean is pushing forty now and given the fact that, in general, as people get older they give less of a shit about societal norms and how others view them, it’s the perfect time to let Dean have some goddamn GOOD TIMES already. (What a refreshing concept!) And for a show that’s been on the air as long as Supernatural has — a show that’s allowed the characters to grow and mature (well, maybe not) for more than a decade — Dean’s bisexuality would make for a compelling storyline. That, or Dean could just be a bisexual hero without any fanfare because, newsflash, queer people exist.

Mary Sue is competent in many areas, physically attractive, and always gets her man. She is also a multi-user pseudonym for writers who wish to publish anonymously for FAN/FIC Magazine.