Let’s go back in time. Back to the 21st-century aughts, when vampires and werewolves ruled the airways, followed years later by women reading fifty shades of BDSM on city buses (replete with hide-a-book covers). Because I really want to talk about two of the biggest female-driven media phenomena of the last decade: the Twilight saga and Fifty Shades series. These two otherworldly tales aren’t just Hollywood blockbusters: these are popular texts that circulate across multiple mediums (books, toys, clothes, food, online fandom). And, as such, they possess a whole hell of a lot of power over us as fans, consumers, pop culture junkies.

First and foremost, Twilight is a series of books written by Stephenie Meyer, published between 2005 and 2008. The four books follow the late-teen years of Bella Swan, an ordinary girl (or, in fandom terms, a “Mary Sue”) who moves to a small town in Washington state and ends up falling in love with a 104-year-old (and very handsome) vampire named Edward Cullen.

The series is told primarily from Bella’s point of view (with a first person “I”) and it is especially popular with young women and girls, who are responsible for making the series a global commercial success. Indeed, the Twilight books have sold over 120 million copies worldwide and have won numerous awards including the 2008 British Book Award for “Children’s Book of the Year.” (Hmmm, insert thinky face emoji here.) In 2008, Summit Entertainment began releasing the film adaptations, starring the stoic Kristen Stewart as Bella and the dreamy Robert Pattinson as Edward.

So what is the appeal of a story like Twilight? Let’s look at where it all began. Twilight is a Young Adult (YA) fantasy novel. And, like a lot of YA novels, Twilight uses a lot of the same narrative conventions as the romance genre. By romance conventions, we aren’t necessarily referring to the bare-chested muscular men with long Fabio hair on the cover of Harlequin novels, but to a specific formula that defines stories in the romance genre. The romance novel formula is:

A young, inexperienced, poor to moderately well-to-do woman encounters and becomes involved with a handsome, strong, experienced, wealthy man, older than herself by ten to fifteen years. The heroine is confused by the hero’s behaviour since, though he is obviously interested in her, he is mocking, cynical, contemptuous, often hostile, and even somewhat brutal. By the end, however, all misunderstandings are cleared away, and the hero reveals his love for the heroine, who reciprocates.

And it’s formulaic for a reason: it sells well. Women fucking love it. (Um, same.)

Both Twilight and Fifty Shades replicate this formula exactly. With Twilight, Bella is our young, inexperienced, poor to moderately well-to-do woman. She doesn’t have a nice car (it’s a shitty old truck), she’s a loner (new girl in town). In Fifty Shades, Anastasia Steele is a young English lit major, she’s meek, and she’s not rich (she shares an apartment with her friend and has to borrow her car all the time). 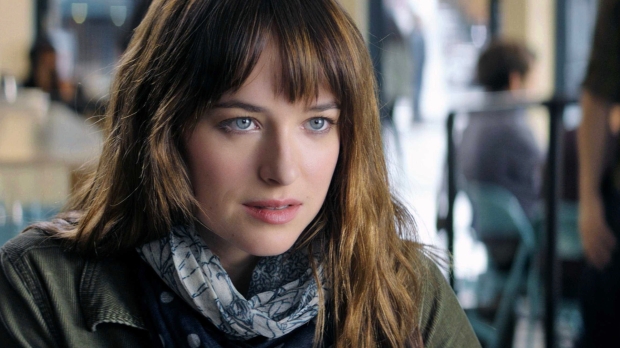 To continue the formula: Both Bella and Anastasia meet a handsome, strong, experienced, wealthy, older man. Even though Edward goes to Bella’s high school, all of her friends remark that he “looks older” than he is. (And, in fact, his actual age is 104 years old.) His family is also very, very rich. (He’s got that old vampire money.) Similarly, Christian Grey is assumed to be older than Anastasia, he is also experienced and definitely wealthy (he owns a really successful company).

But, let’s be real for a second. These guys are freaking assholes. And, as the stories progress, both Bella and Anastasia become enamoured with these assholes, who seem marginally interested in them, but are also doling out constant mixed messages. According to the romance formula cited above, these men are “mocking, cynical, contemptuous, often hostile, and even somewhat brutal.”

In other words, they’re jerks.

Enter Edward Cullen. At the beginning of the story, Edward finds himself intensely attracted to Bella’s scent. But the way he expresses this attraction is really fucking rude. In fact, his disgust is so evident that Bella actually believes Edward hates her guts. This is before they ever speak.

The same goes for Christian Grey. At the beginning of Fifty Shades, Anastasia is tasked with interviewing Christian about his company. (She’s not a journalist, but she is doing it as a favour to her roommate, who is sick but needs the interview.) Christian finds himself immediately intrigued by Anastasia, but he is also very standoffish towards her, even after he asks her out on a date.

I have to acknowledge the elephant in the room here. One of the reasons why the Christian/Anastasia relationship so closely resembles the Edward/Bella relationship is because Fifty Shades of Grey was originally written as Twilight fanfiction.

In 2009, fic writer Snowqueens Icedragon (the author we now know as E. L. James) published a story called “Master of the Universe” on Fanfiction.net. And it got pretty popular: by the time it was taken down in 2011, it had garnered over 56,000 reviews. E. L. James was contacted by a small publishing company, who offered to turn her Twilight fanfic into an original novel. So, E. L. James filed off the serial numbers: she changed the names from Edward/Bella to Christian/Ana, the setting from Forks to Vancouver, and she got rid of the supernatural aspects (there are no vampires in Fifty Shades). Her book exploded from there, selling over 125 million copies across the globe.

So, yes, this is one reason why the plots of these two books are so similar. But, I promise you, if you pick up any Harlequin romance novel or many other young adult novels (Divergent, anyone?), you will find the same formula.

In addition to the very obvious similarities between these two series (characters, plot, etc.), the romance genre has another very formulaic convention: the stories always close with a “happy ending.” And, make note, it’s a very heterosexual happy ending: boy meets girl, they fall in love and, quite often, get married. After Bella figures out Edward is a vampire, they start dating and go to the prom (squee!). (Marriage comes later in the series.) Similarly, when Anastasia accepts Christian’s “unconventional physical pursuits” (a.k.a. his penchant for whips, chains, and handcuffs), she signs his “sex contract” and they begin to fall in love. (Aw, how sweet!)

It’s easy to identify how both Twilight and Fifty Shades use violence as a precursor to the “happy ending.” However, according to Jessica Taylor, violence is only acceptable if it meets specific conditions:

What Jessica Taylor argues here is that, through the use of romance genre conventions, the violence in Twilight and Fifty Shades is recoded as reassuring, pleasurable, and even desirable. And that these sorts of narratives, although often held up as marginally “feminist” simply due to the fact that the female protagonist is driving the action, are actually really dangerous because they render violence as reassuring. It is deeply troubling that stories targeted at young women equate sexual violence with female empowerment.

Stay tuned for Part 2, where I’ll look at some examples from Taylor’s article that illustrate how Twilight recodes violence as reassuring.