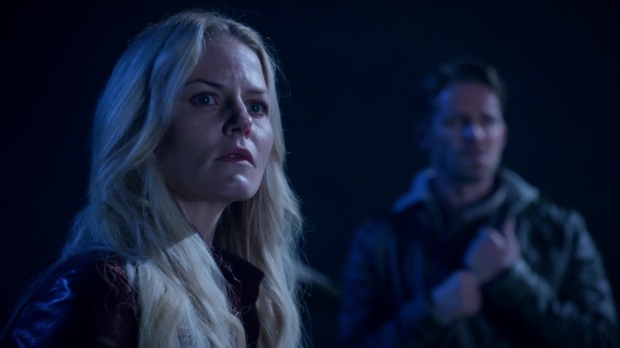 Warning: This article contains spoilers for the sixth season of Once Upon a Time.

Now that the news has been released about cast members leaving and the series finale has aired, the wait is on to see what the new, rebooted Once Upon a Time (OUAT) is going to be like. At the end of the season six finale, we saw a grown-up Henry Mills (Andrew J. West) opening the door of his #815 apartment to the sight of a little girl named Lucy (Alison Fernandez), who claimed to be his daughter. This perfectly mirrors the first time Henry met his birth mother, Emma Swan. The writers and actors staying on the show have showed enthusiasm for the new path the show is following. But the question is, will the show be able to keep its audience of Oncers without most of the original cast?

With the show’s Savior, Emma Swan (Jennifer Morrison), leaving the show, many in the Once Upon a Time fandom are wondering where this leaves the beloved fairytale show. Although many fans are sticking with the series they have loved for the past six seasons and are ready to see what the writers have thought up, other fans see this is as the end. These fans view the season six finale as a series finale and are not willing to continue watching the show without Emma Swan. Without the Savior, many fans’ ships will no longer be viable (Swan Queen) or even seen on their televisions (Captain Swan). Many shippers are worried what the writers will do with the absence of Emma. Will they kill her off, leaving Killian Jones aka Captain Hook (Colin O’Donoghue) without his True Love? Or will they simply give her a much-needed vacation?

The show has spent six years with “hope” as its mission statement. As Mary Margaret (Ginnifer Goodwin) says to Emma Swan in the first episode, “Believing in even the possibility of a happy ending is a very powerful thing.” Not many shows revolve around the idea of hope and what one can do if they just believe enough and fight for those they love. These days, those values are rarely seen on television, with crime and dystopian shows topping the rating charts. Once Upon a Time is that rare exception and these values have permeated into its fandom for all six seasons.

The show has been a muse for its millions of fans to produce thousands of pieces of fanfiction (canon and AU), hundreds of fan-made videos, and thousands (if not millions) of gifs and photosets. Many in the fandom are wondering if all that creativity, all that friendship, and all that community will slowly give way to other fandoms, leaving a much smaller fanbase behind. Only time will tell.

I, for one, hope most of the fandom sticks around, even if they stop watching the show. They have provided some of the best examples of what people can create out of something they love. And that gives me hope for the future.

What do you think? Is there hope for the future of Once Upon a Time?

Sarah’s background is in non-fiction and blog writing as well as editing. Sarah’s passions include social justice, fandom, and french fries. She currently cohabitates with her miniature dachshund, Gracie.