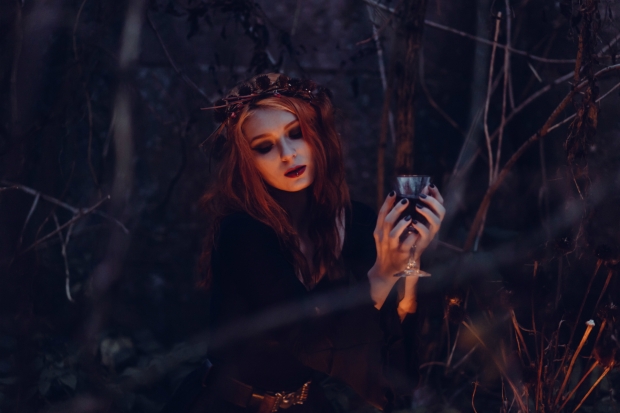 In the film adaptation of Fantastic Beasts and Where to Find Them, there’s some subtle yet telling character placement. Seraphina Picquery, the President of the Magical Congress of the United States of America (MACUSA), and Tina Goldstein, the disgraced but competent Auror, are women. So what? Big deal.

As contemporary European or North American audiences, it’s easy to have a casual reaction to women in positions of power. It’s not so simple though when you put it into historical context. Those costumes and speakeasies aren’t just window-dressing. Show me a political ruling body or a security force with high-ranking women in the 1920s and I’ll show you a wizard with his hat inside out. And for me, this is some of the best magic in the magical world.

My first novel is historical fiction, and that’s the genre my imagination defaults to. Reading the Harry Potter series, I kept wanting to fill in the gaps around the legends of the four founders. In the process, my mind kept asking the same questions it asks when I’m working on any historical fiction story. For me, these questions often revolve around the experiences of women and other groups who were outside the center of power or privilege. Though uniquely privileged and powerful, the magical community, at least in the last 1500 years, has become increasingly marginalised. As a writer, these contradictions and overlaps are irresistible to me.

Portraits on the walls of St. Mungo’s Hospital for Magical Maladies and Injuries and the Headmaster’s office at Hogwarts make it clear that women are well-represented in positions of power in the history of the magical world. But why should this be the case, given the relatively low profile and limited options of muggle women? And if this is the case, what other expressions of diversity does the flamboyant, purple-clad wizarding world contain? The low status of many sentient magical creatures, and the offensive insult “mudblood,” make it clear that the magical community at large isn’t a Utopia of equality and tolerance. Still, for women, it was manifestly safer and more pleasant to be a witch than a muggle.

One of the reasons I think feminism is still relevant, is that it’s essential for us not to forget what life has been like for most women throughout history. Voting, owning property, being a “person” under the law, and access to reliable birth control, are just a few of the things we take for granted, but which most of our sisters in the past didn’t have, and which many today in other parts of the world still don’t have. My fiction, both historical and fanfic, is set in medieval and early-modern Europe, and there’s no denying this was a violent and dangerous place. In a world governed by force, women were dominated physically, and in more pervasive ways by law and by the Church. Scholars and theologians taught that women were simply inferior in every way. But how, I wondered, could such assertions stand among witches and wizards? A capable witch is just as likely to best a wizard in a conflict situation as the other way around. Muggle attitudes toward women were based on a perceived lack of physical power. If physical power becomes irrelevant because of a different kind of power, one not based on gender or stature, what happens?

My Harry Potter fanfiction novel, Before the Tide, is set in the 11th century, before the Ministry of Magic, or the Statute of Secrecy. I have a persistent curiosity to look backwards into wizarding history. The more I think about it, the clearer it seems to me that the concerns of women might have played largely into moving the magical world into hiding. The vast majority of those persecuted, tortured, and killed as witches, were women. It seems pretty obvious that a true witch, in Rowling’s magic universe, would be easily able to evade capture. Therefore, the women being targeted were most likely muggles. How would it feel for magical women to see their muggle sisters suffer for acts that they themselves might have committed? True witches, living openly, posed a real threat to muggle women, perhaps contributing to a conscience-led movement to retreat from the muggle world, for its own good.

One of the reasons for the huge popularity of the Harry Potter franchise is the idea of the parallel world — existing alongside our own, but separate, rarefied, insular, and with its own culture. Such a community knows how it feels to be marginalised from mainstream culture. Would, then, such a community be more receptive to diversity? People are people, and human nature will always do what human nature does. Nevertheless, subcultures are complex and layered. Just look at the clientele in the magical speakeasy, “The Blind Pig,” in Fantastic Beasts. Furthermore, we know that Dumbledore is gay, and although not “out” in the books or movies (yet), there he is, in velvet suits and high-heeled boots.

This is why I love writing Harry Potter fanfiction. I want to look outside the borders of the story, and specifically backwards into history, because that’s my passion. Historically, if women wanted to pursue scholarship or a profession, we had to enter a convent. Okay… at certain times it was probably cool for men to wear purple cloaks and high-heeled boots, but wardrobe aside, being different wasn’t generally safe or comfortable. I speculate that, in the subculture of the magical world, especially before the Statute of Secrecy, there may have been quite a large tolerance of difference. Of course, forces of isolationism may have pushed things in the other direction, and this tension leaves endless space for speculation and invention.

Christine Malec is a historical fiction writer with a passion for creating stories that bridge muggle and magical history. Her fanfic novel, Before the Tide, is available in text and audio from beltanethebook.com.

4 Comments on Fiction With a Telescope: The Harry Potter Universe Before the Statute of Secrecy