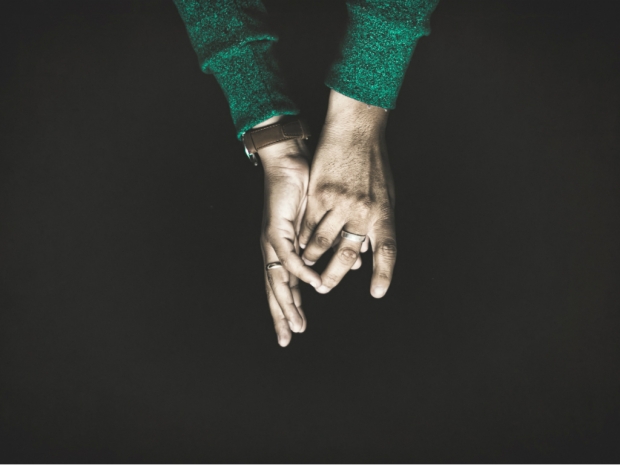 Part of our mission at FAN/FIC Magazine is to highlight amazing fan creators and pull back the curtain on their creative processes. For our very first interview, I talked to one of my absolutely favourite Harry Potter fanfiction writers, firethesound, whose fic All Our Secrets Laid Bare is one of the must-reads in the Drarry fandom. In the following interview, we discussed Slytherin ambition, writing by the seat of your pants, and what’s so compelling about the Draco/Harry pairing.

Get To Know Yous:

Malory Beazley: First of all, the most important question. Which Hogwarts House do you belong to and why?

firethesound: Well, Pottermore and sorting quizzes always put me in Slytherin, which I think is a pretty good fit. I’m not so much the cunning part of it, but I am definitely the ambitious part. I’m the type of person who always tries to jump straight into the deep end of whatever I’m setting out to do. It’s the reason I keep doing ridiculous things like deciding, ‘Yes, it is in fact a perfectly good idea to write a novel-length story for a fest with a deadline.’ Most of the time it works out okay for me, but it definitely gets me into trouble on occasion.

MB: I love that you’re a Slytherin. In my view, they’re the most intriguing house. But house assignment aside, which Hogwarts student, past or present, do you think you would have been best mates with?

FTS: Ooh, tough question. I think I would have been best mates with Ginny Weasley. She reminds me a little bit of my real-life bff. Plus, school-aged me was painfully shy, so I got along best with people who were more outgoing than I was because they tended to draw me out of myself.

MB: Ginny would be perfect in that role. I can picture her being that person with Neville especially. Do you have any other fandoms or ships we should know about?

FTS: Harry/Draco is my main ship, but I also read a lot of Steve/Bucky (Captain America), Cain/Abel (Starfighter comic) and Jack/Bitty (Check, Please!). Starfighter is the only other thing I’ve written besides Harry Potter, but I have a lot of ideas for Captain America fic, so at some point I’ll probably start writing that too. It’ll definitely be in addition to Harry Potter fic, because I can’t imagine ever leaving this fandom.

MB: Talk a little about your life as a writer. How did you become involved with fandom and fanfiction writing?

FTS: Well, I’ve pretty much always written stories. I think I was around 7 or 8 when I decided I wanted to be a writer. Fandom, I discovered a little later, when I was about 13-ish. I was poking around online looking for pictures to print out to decorate my school notebooks, and then holy cow! People have written all these stories! About my favorite characters! And I can read them all for free!! Surprisingly, I was well into my 20s by the time I put those two things together and started writing fic myself. I was stalled out on the novel I was working on and thought, well, fanfic looks fun… that might be a nice thing to try while I take a break from the novel. And it was very fun! So I just kept doing it.

MB: Most fan writers I’ve talked to have also started in their 20s, which I find quite interesting. What motivates your writing? What value do you see in fanfiction?

FTS: There is so much value in fanfiction. The fact that all of it is available instantly and for free. The fact that writers don’t need to get anyone’s approval to publish their stories. The representation of different gender identities and sexual orientations. The frank and open approach to sex and different kinks. But for me personally, the most valuable part of fanfiction is the community – how readers and writers and artists and reccers and commenters are all working to make this community awesome for everyone else. And that’s a huge part of what motivates me to write, just the love for these characters and this world. It’s a pleasure to share it with people who love it just as enthusiastically as I do.

MB: Yes, I love how fandom is this incredible self-sustaining community. Have you faced many challenges when fic writing? How do you overcome creative obstacles?

FTS: My biggest challenge in writing is just staying focused long enough to get anything done. My brain is constantly going, ‘ooh, but what about this shiny new story idea!’ so I have a lot of trouble making myself concentrate enough to get any given story finished. To overcome that, I end up doing a lot of fests with deadlines, and that puts enough external pressure on me to force me to focus and actually get things done.

MB: That’s very Slytherin of you. Tell us, are you working on any fics at present? (You can’t see it, but I’m crossing my fingers.)

FTS: Way too many! My WIP folder is a thing of terror at this point. But as far as writing goes, I’ve signed up for HD-Erised again this year, so I’m going to focus on that almost exclusively until it’s done because it’s got a deadline.

All Our Secrets Laid Bare Questions:

MB: All Our Secrets Laid Bare is undoubtedly one of the “must reads” in the Drarry fandom and one of my personal favourites. How do you feel about all the positive attention your fic has received?

FTS: Oh, goodness. I’m very grateful for it, and a small part of myself is still very surprised to have received this much attention for it. I certainly wasn’t expecting for nearly this many people to read it or for them to love it as much as they do or to connect as strongly with it as they have. But mostly I’m very grateful.

MB: Harry Potter being assigned to investigate Draco Malfoy is such an intriguing concept. What gave you the idea for this Auror fic?

MB: I love that scene. So, the final edit of this fic is nearly 150K words long. Can you describe what your planning and writing process looked like? How long did it take to finish? Any interesting tidbits on the cutting room floor?

FTS: Well, I wrote the first thousand words or so of All Our Secrets back in early 2009, and then stopped writing altogether pretty soon after. I picked it up again in March 2013, and worked on it on and off until December, then posted it to LiveJournal in January 2014, and then on AO3 in February. So… nearly five years in total, but only about 11 months of actual work. I’m a very seat-of-the-pants sort of writer in general, where I just start working and let the story go where it wants to go, so I tend to not do much planning when I write. But this story was more of that than usual. It was the first thing I started writing after a 4-year hiatus, and I went into it with the mindset of, “This is just a warm-up to get used to writing again,” so I pretty much just wrote whatever I felt like writing at the time. A good friend was reading along as I wrote it, so huge parts of it were very strongly influenced by her, because she’d say “I like this thing,” and I would go, “Okay, well I will write more of that thing, then.” I didn’t even figure out how it would end until I actually reached that part of the story. My final draft of it was originally about 130k, but (probably because of the lack of planning) I ended up adding nearly another 20k when I was editing. I do have a bunch of details and snippets that didn’t make it into the final version, but I’m still planning to do a sequel at some point, so probably most of them will get worked into that.

MB: Draco dismantling the Death Eater Safehouses made for such compelling scenes. How on earth did you dream up such deliciously gruesome dark magic traps?

FTS: Ah, that was actually one of the most fun parts of that story for me to write! I partially blame the idea of it on my love of horror, but I also really wanted to explore the idea of Draco being enormously talented at Dark Magic, but choosing to use all of that dark and dangerous knowledge for a good purpose.

MB: Dark Magic Draco with a conscious is my everything. Of course, this begs the very important question: what’s so special to you about the Draco/Harry pairing?

FTS: How many totally different stories there are to tell about them. The place Harry and Draco both are left off when canon ends (epilogue? What epilogue?) can be a jumping off point for them to go in so many different directions. The question ‘Where do they go from here?’ can be answered in so many different ways that there’s always a fresh story to tell. I also really love that they’re two beautifully flawed people, and there’s something wonderfully human in their imperfections. And so seeing how they negotiate their differences and settle into a relationship with each other is something I can read and write about over and over again.

Read our review of All Our Secrets Laid Bare. A big thank you to firethesound for speaking with us.

Over the six years Draco Malfoy has been an Auror, four of his partners have turned up dead. Harry Potter is assigned as his newest partner to investigate just what is going on.