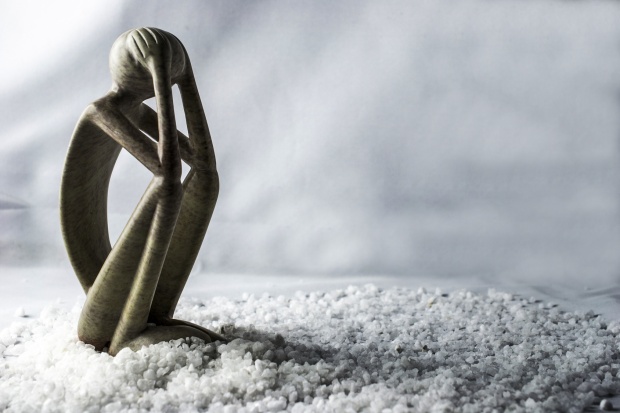 I read a lot of superhero fanfic, and therefore I read a lot of fic featuring depictions of PTSD and depression. In a Marvel blockbuster, the focus is usually on plot before people. Because of an ensemble cast, there is only enough time to hint at the psychological complexities of an individual character. So we see Tony Stark have a few panic attacks and be really flippant about it. In a scene cut from the first Avengers, we see Steve Rogers engaging in mundane tasks (riding the subway, sitting at a café) while looking immensely lost in his new environment.

The trauma is shown (the battles, the deaths of friends), but the aftermath of that trauma is abridged, truncated, cut from the final picture, or sometimes not shown at all. These absences create a space into which the fanfic writer can insert their own speculation and interpretation. Good fanfic fleshes out canon and adds depth to our understanding of characters.

But why are fic writers particularly drawn to issues of trauma and mental illness? What does mental illness look like in fanfic compared to mainstream fiction? What should it look like?

Fanfiction often presents an “idealized” take on mental illness. I use “idealized” in quotations because fanfiction can be very realistic about mental illness. For example, a perfect romantic relationship isn’t going to suddenly cure you of depression, which is a common and erroneous fantasy. The ideal is not a cure but an internal and external acceptance of the illness; in these fics, characters lead fulfilling lives with their mental illnesses.

Sometimes I worry that mental illness is a cheap way for fic writers to “woobify” characters, but I know in a lot of instances mental illness plays a role in fanfic because it’s something with which the writer and readers can identify. Transformative fic is frequently written by those on the margins: queer-identified people, ethnic and religious minorities, people with mental illnesses and physical disabilities. These fic writers take it upon themselves to represent the characters and situations that mainstream media often fails to represent.

An insider perspective gives these narratives a certain complexity that may be lacking in materials written by healthy individuals. Too often, the mentally ill are treated as vessels for villainy; it’s been a mainstay in the horror genre for years, and it still is if the recent video game Until Dawn is anything to go by. (I was unsurprised to see fic writers scrabbling to more compassionately represent Josh Washington, a character in the game who suffers from mental health problems).

Much better but still dissatisfying are the depictions of mental illness that feel like someone copy-pasted a DSM-V definition onto a human being. Well-written mentally ill characters are more than their diagnoses. Romantic love doesn’t fix depression, but depression doesn’t negate one’s ability to have fulfilling relationships.

I recently listened to a radio segment on fictional representations of mental illness. The segment featured two fiction writers and a psychiatrist. One writer drew on her experience growing up with a mother who suffered from depression; the other writer drew on her own struggles with mental illness. Unsurprisingly, I found myself more interested in what the second writer, S. A. Jones, was saying. She explicitly expressed dislike for the idea that romantic love could cure mental illness, and she dismantled the notion that medication is somehow an easy or lazy fix for mental health problems.

I haven’t read either of the books discussed in the segment, so it’s possible that the other writer’s work accurately and compassionately represents mental illness—but it’s only Jones’ book that I put on my to-read list. It’s not really satisfying to read about the ways in which mentally ill individuals are burdens on their friends and family, which is what the outsider perspective often amounts to.

My point is not that mentally healthy individuals should never write about mentally ill characters; it’s just that they have to be conscientious and accept that there are limits to their understanding. If you’re mentally healthy, or even if you have a mental illness but one very different from the illness you’re writing about, reading the DSM-V will only get you so far. You should read personal accounts, read fiction that is written by people with that illness.

The popular conception of depression is that it’s all about sadness, low self-esteem, and suicide attempts; however, as a sufferer of chronic depression, I know that it can also manifest as soul-crushing exhaustion, irritability, lack of motivation—less dramatic but often no less debilitating symptoms. There is no mental illness that is one-size-fits-all.

Diagnostically speaking, both Bucky Barnes and Steve Rogers could suffer from PTSD and depression, but they are different people who experienced different traumas. Maybe Steve is mostly restless, morose, and barely sleeps. Maybe Bucky has dissociative episodes and sleeps a lot—but only during the day, when someone else is in the room, because he doesn’t like waking up alone in the dark after a nightmare.

I’m a proponent of exploring mental illness in fanfic, especially when the canon material contains traumatic events that most individuals, no matter how super, would probably need some therapy to deal with. But there is a danger of misrepresenting mental illness or focusing so heavily on a character’s mental illness that they become nothing but a two-dimensional victim of their own malfunctioning brain (characterizations of Bucky Barnes post Winter Soldier sometimes fall into this trap).

A balance needs to be struck. The best representations of mental illness, I find, are the ones where the challenges posed by mental illness are integrated into a broader story. I want to read about my favorite characters working on overcoming their traumas but also doing their superhero things—riding the subway, hanging out at coffee shops, and eventually falling in love—because, hey, that’s what we’re here for, right? Sure, it’s self-indulgent, but when you live on the margins, it’s nice to read about someone else on the margins leading a fulfilling life despite their difficulties.

Rowan Morris is an Ontario-based freelancer. When he is not thinking about how dreamy Steve Rogers is, Morris enjoys writing strange fiction, creating cocktails, and collecting Catholic paraphernalia. You can find him in your back garden petting your plants.

4 Comments on Beyond the DSM-V: Representing Mental Illness in Fanfiction