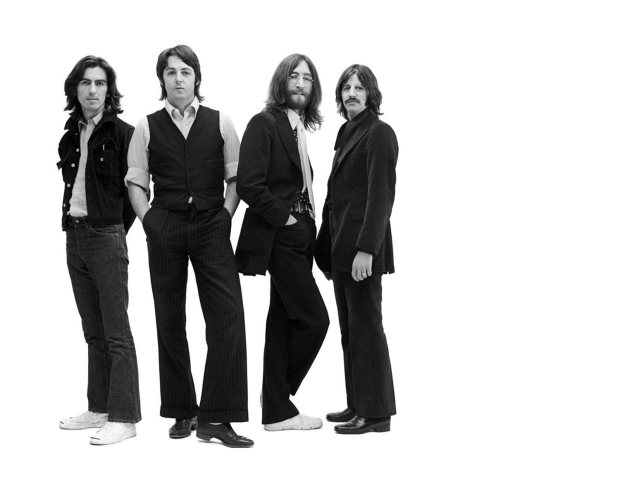 I don’t need to explain to you who the Beatles are. At least, I better not have to. If you’re unfamiliar with the Beatles or have only heard of them from playing Rock Band, you need to do two things: First, head over to your favorite place to purchase music and immediately download the White Album. Next, call your parents and tell them that they’ve done you a great disservice by not introducing you to the Beatles.

The Beatles were a rock band in the sixties. They remain, today, one of the most popular bands in existence; their legacy lives on through movie soundtracks, an incredibly large music library that is still played on the radio today, and, well, Rock Band. Not bad for a band that hasn’t played live since 1966 or released an album since 1970.

The band stopped playing live in 1966 because of the very condition they created: Beatlemania. While you can find instances of performers who had rather rabid fans before the Beatles, with the evolving technology of radio and television, Beatlemania attained a level of fandom that had never been seen before and has rarely been seen since. On YouTube, you’ll find videos of screaming fans at Beatles appearances: press conferences, the Ed Sullivan Show, and even, in pre-TSA days, waiting at the airport for a glimpse of John, Paul, George, and Ringo. Today, you can still read newly published fanfic about the Fab Four.

So what made Beatlemania such a big deal? First off, their style. During their early years, the Beatles appeared in public wearing suits and ties, but their long hair was a point of contention, especially in the American press. They were the rebels that most teenage boys wanted to be and the bad boys most teenage girls wanted to be with. The Beatles were fresh fantasy material in a world worried about the Cold War and the conflict in Vietnam.

Next, radio was huge during the sixties. These were the days long before there were televisions in every room. The radio played a big part in the lives of teenagers during the sixties. It was likely the first place teens heard much of their news, and teen tastes have driven what radio stations played since, well, the invention of radio. Rock stations were playing the Beatles on a regular basis, and their record sales reflect that. Eighteen of the top selling releases in the sixties are credited to the Beatles.

Television played a vital role in Beatlemania too. Suddenly, the world’s favorite band wasn’t just on the radio. Fans could watch them, sometimes even live. The Beatles began appearing on TV in 1962. Their first appearance was on August 22 when they performed “Some Other Guy” on Know the North. By the time they made it to America, they had several appearances under their belt. American audiences went completely crazy when the Beatles performed on the Ed Sullivan Show. Their four appearances on the Ed Sullivan Show ranked higher than Elvis’ appearances, and still remain some of the highest ranked of all time.

Of course, the Beatles’ good looks didn’t hurt, either. The four young men from Liverpool were, well, hot. Even though their appearance didn’t fit the cultural norms of the times, women were crazy about their looks. Their hairstyles quickly became emulated in both England and America. After the Beatles appeared in concert, janitors would pick up dozens of pairs of panties in arenas  You could say that they were the original panty-droppers.

The Beatles enjoyed a measure of fame and success that may never be reached again. While one could argue that Elvis had his fair share of screaming fangirls, Elvis didn’t have to stop performing live because the sheer volume of fans made it impossible for him to be heard at live shows. Today, the Beatles’ musical catalog is worth an estimated $200 million, based on the $95 million that Sony paid to acquire 50% ownership of them in 2005. The catalog, purchased by Michael Jackson in 1985, is set to return to Paul within the next few years, thanks to American copyright law.

Keisha is an unapologetic Star Wars fan. A mother of five, when she's not hanging out with the kids, she's working as a copywriter, reading, or watching movies.