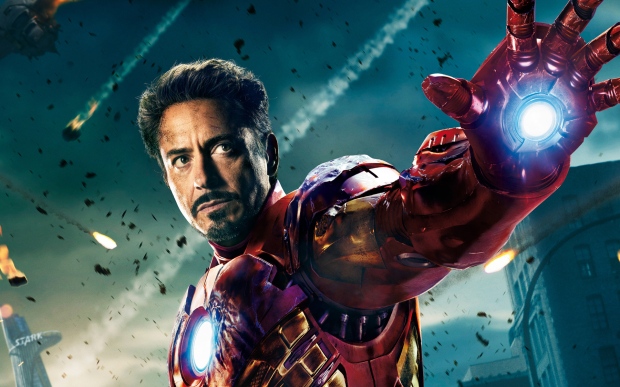 Science in Popular Culture is a column by contributor Jae Bailey. In this column, Jae explores the science and technology of bionic limbs, arc reactors, and Death Stars in popular culture.

And what is the point of owning a kick-ass metal flying suit if it’s too heavy to ever leave the ground? Tony Stark, the man inside the armor, masters this engineering challenge by using fusion power from the arc reactor he created. A smaller version of the device is famously located in his chest to supply the energy for the electromagnet, preventing bomb shrapnel from reaching his heart. It also powers the Iron Man suit, and in the Marvel Cinematic Universe, it has resided in the suit’s chest plate since Iron Man 3.

The hydrogen fuel in Iron Man’s arc reactor glows electric blue. This is the same glow that is responsible for the color of lightning. | ©Marvel

Stark Tower houses a far larger arc reactor which supplies it with limitless, renewable, clean electricity. The reactor is shaped like a donut, or as Stark would say, it is toroidal. This design mirrors that of current real-world fusion reactors ITER and JET. In traditional car or jet engines, oil is burnt in a chemical reaction which releases energy when bonds between different atoms break and reform. In nuclear fusion, ten million times more energy is released by fusing two light atoms together to form a heavier one. Hydrogen—the lightest atom in the periodic table—powers the sun, and so, two types of hydrogen (deuterium and tritium) are used as fuel. This fuel then has to be heated to over 100 million degrees Celsius—this is ten times hotter than the sun’s core!

To reach these unimaginably high temperatures, the fuel has to be compressed; also, it can’t be allowed to touch the sides of the reactor’s metal walls. How do scientists do it? The same way Stark solved his shrapnel problem: with electromagnets. Big ones and lots of them! The magnetic confinement system acts as a cage for the fuel, spinning a thin thread of it into a never-ending circle. You might have guessed where this is going: yes, we’ve returned to the donut shape! Within this circular bottle, also known as a tokamak, the fuel can be perfectly confined with strong magnetic fields.

So Iron Man lives with the equivalent of a tiny sun in his chest. What could possibly go wrong?

Current tokamak reactors routinely suffer from major disruptions in magnetic confinement, which can be compared to brief, intense flashes of lightning occurring between the fuel and the reactor walls. These can deform or melt the metal parts and cause short circuits. Since Iron Man has survived in the comics since 1963, we can safely assume his small arc reactor is engineered to withstand such major disruptions. However, Stark may be jolted awake in the middle of the night when lightning strikes inside his reactor, and he would have to deal with the armor’s electronics being short-circuited on occasion.

Radiation is another hazard in Stark’s life. Fusion reactions release particles called neutrons which can heat water to boiling point—very useful for power generation, but dangerous to humans. Even if all of them are prevented from escaping the arc reactor, over time the neutron bombardment will turn it radioactive. Stark will have to closely monitor the levels of radioactivity in his chest!

And there is more bad news for Stark: the electromagnets. Iron is commonly used as the core material in electromagnets, and iron is heavy. The iron-cored electromagnets used in the JET fusion reactor weigh over 3000 tons. Of course, Stark’s small arc reactor is tiny in comparison; additionally, the walls of a tokomak reactor are made of beryllium, which is very light for a metal—its density is less than twice that of the human body. Clever engineering, which we know Stark is capable of, ensures that Stark can easily lift the arc reactor, but it will still sit heavy in the center of his chest.

All existing nuclear fusion reactors on the planet have not yet managed to produce enough electricity to boil even one kettle of water. The field is some way off from the sort of breakthroughs Stark has made in the Marvel universe. When fusion power finally arrives in our world, it will hopefully live up to his promise of limitless, clean energy.

Jae Bailey's life-goal is to invent a job that combines science, fandom, and really hot curries. Jae holds a PhD in Physics in one hand and a graphics tablet pen in the other.

1 Comment on Iron Man: Living with a Fusion Reactor in Your Chest