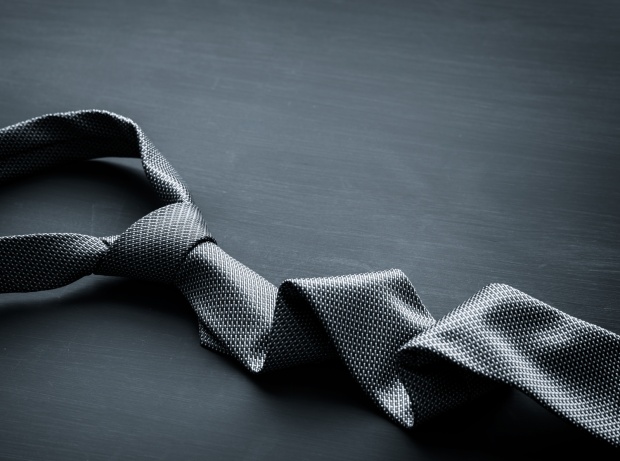 In 2005, I told my friends I had written some fanfiction. They laughed, but it was too late to deter me from continuing, and ten years later I write romance novels for a living and they all have office jobs. Who’s laughing now, is what I’m saying.

I’m not going to pretend to you that I think 50 Shades of Grey is well-written. It’s not, and I don’t think that’s really in dispute. I blame this as much on content-mill publishing as I do on the author, and I also don’t think it’s the major issue surrounding the trilogy. After all, there are plenty of badly-written books out there, many of them bestsellers.

I am going to say that I feel E. L. James has done a service to fandom, whether intentional or not. More than that, she’s done something that, were it done in any other way, we’d all be congratulating her for: made a fortune doing something she enjoys. That alone should be enough to garner her some respect.

I’ll tell you what else she did. She transformed the romance industry, an industry I’ve held dear since I tentatively started my first book, from a group of people doing great work but sitting timidly in the corner, away from Real Literature and accepting their fate as second-class to every other genre, into an industry that fights for its place in genre fiction.

50 Shades gave my people—my romance people and my fandom people—the recognition they have deserved for so long, as having something of value to contribute. The narrative has turned, slowly, from “I’ve read better fanfiction than this!” to “fanfiction is regularly pretty damned good.” Creators go in search of it now and engage with it (not always in ideal ways, but these are the kinds of kinks that can be ironed out). Recruiting authors for franchise stuff based on their fanfic is on the uptick again after years—perhaps decades—of dormancy.

There are still people from way outside fandom culture who have bad encounters with fandom in the form of ill-thought-out college courses, un-investigative journalism, and awkward late-night talk show segments. This is not, however, wholly bad. Academia and legacy media being confused and frightened by things is a sure sign that the things are getting something right. In the real world, it doesn’t matter.

What does matter to me is when one of my friends gets to be excited that such-and-such a person involved with the show they love read and enjoyed their fic and thought it was valuable and good. That never, ever happened before 50 Shades. I know that not everyone likes it happening, but I think the good outweighs the bad in making fan writers who work so hard and pour so much love into someone else’s world feel like they’re doing something worthwhile and making a real contribution to the source material.

Creative fandom (fannish activities which add to the canon, as opposed to archival fandom which is into categorizing, listing, and then debating over how you say things in Klingon) is largely the domain of women, and that’s had a lot to do with the disdain it’s been held in for so long. It has been something to be ashamed of because of its feminine image, of dateless nerd girls fantasizing about kissing people they can’t have. Personally, I’ve never met a fanfic-writing nerd girl I didn’t immediately love, so that’s a wholly inaccurate stereotype, but a persistent one.

This is not an article about the relative merits of 50 Shades of Grey, but if it were, here’s what I’d point out: It sold 100 million copies. Most of them, it sold to women. To dismiss it as being entirely without merit is to dismiss the opinions of nearly a hundred million women who clearly saw something worthwhile in it. To continue to insist that it has no value because Bad Things Happen in it is to apply a standard that is never applied to men—men, for example, who have actually enacted non-fictional abuse on living women do not have their entire body of work stripped of any and all accolades. The continued insistence that it is bad that 50 Shades depicts an abusive relationship, because what if women think this is okay, would maybe be better directed at literally all other media, which is what’s actually telling women that they’re obliged to put up with sub-par or straight-up abusive men.

50 Shades is simply an easy target in the same way that you only ever hear about rap being slammed for misogyny despite it being present in every possible music genre. It involves two groups who have traditionally been much-maligned: fannish women and the BDSM community. I’m not saying it’s bad that these things fall under scrutiny; it’s important to keep a critical eye on media, and 50 Shades has actual problematic elements in the way some rap music does. But so does nearly everything, and yet the continuous refrain of “this is so awful, we should ban it, no one could ever derive any enjoyment from this and if they do they’re Bad People” is absent from the discussion of most media. 50 Shades has a disproportionately bad name, and that is because of where it came from and what it is—by women, for women, in the tradition of fanfiction.

A magical thing happened with 50 Shades of Grey; a book that had started out as fanfic, a medium that as been the stand-alone punchline of geek culture for as long as it’s existed, became wildly successful. Whether or not it was “good” by the standards of people it had very clearly not been written for is irrelevant. (I personally think very little of celebrity biographies, but they’re almost single-handedly propping up the entire legacy publishing industry, so “good” is relative, and it is possible to do good without being, by other standards, “good.”)

In the wake of this truly one-of-a-kind event, fanfiction got the profile boost it had long deserved and opportunities opened up for fanfic writers who wanted to go pro—I can’t tell you how many presses specifically looked for fanfic writers at one point or another to recruit new authors during the Great Serial-Numbers-Filed-Off Boom of ‘12 to ’13, and this practice is still ongoing.

The work of women in all genres is finally being recognized, and that is in no small part due to the romance world rising up, spurred on by the sheer amount of media attention given to 50 Shades, and demanding their rightful place in genre fiction.

The point here is not that only things that make money have value. It is handy, however, for anyone who ever wants to work in a creative field to have it recognized that their creative endeavors—recreational or commercial—are things that are potentially worth money. It’s nice not to have to sit in our own little corner like some kind of creative leper colony so as not to infect the respectable artists with our inherently not-good work. It’s nice to have the recognition that what we’re doing isn’t silly or meaningless. Small victories are still victories, and they’re worth celebrating, lest we forget that good things ever happen.

50 Shades of Grey was the catalyst for all of this, directly or indirectly. Regardless of how you personally feel about the text or the author, the effect has been undeniable, and while not all of the effect has been good, it’s a step forward for a lot of people. Even if only in the sense that they don’t have to pretend they don’t write fanfiction anymore.

Cecil Wilde is a professional bisexual villain, procrastination enthusiast, full-time huge nerd, and secret robot. When not plotting the downfall of humanity from their volcano lair, they write romance novels.